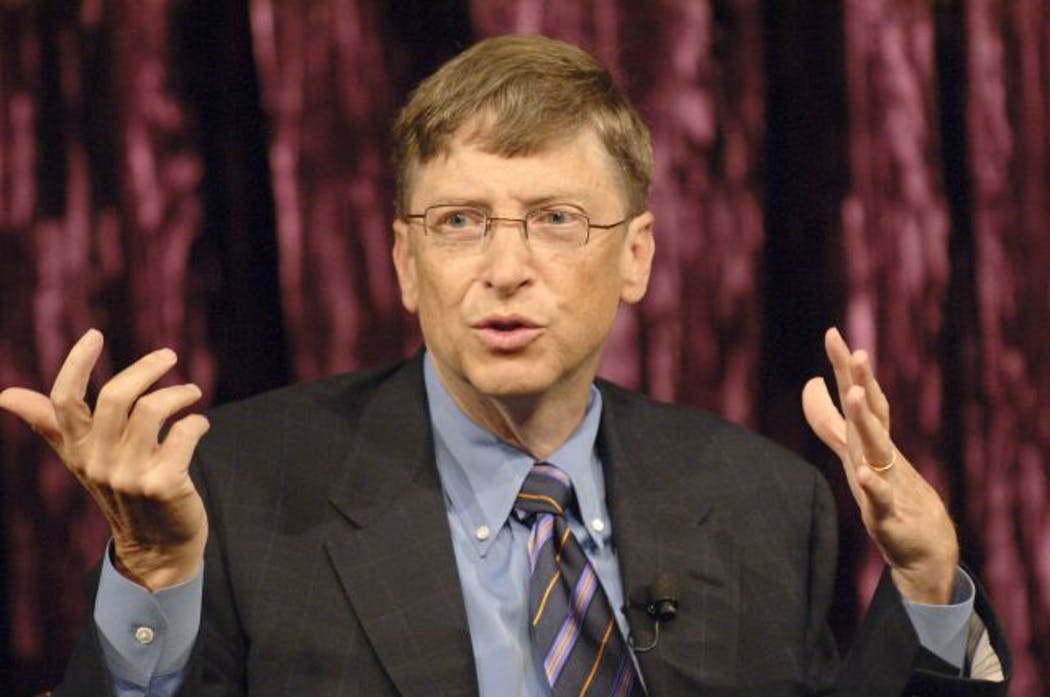 The Microsoft co-founder is cleared to control up to 25 percent of the St. Paul-based firm.

Bill Gates is planning to clean up with Ecolab, the sanitizing and water-management company. And investors like the prospect so far.

Microsoft co-founder Gates already is Ecolab Inc.'s largest shareholder through his investment vehicles, and he and his foundation will be able to increase their 11 percent stake in the St. Paul-based company to up to 25 percent under an agreement announced Monday.

Gates' Cascade Investment Corp. and the Bill & Melinda Gates Foundation have been buying Ecolab shares since 2010.

"Cascade and the Foundation Trust have demonstrated a record of making significant investments in companies for the long-term and being constructive shareholders," Ecolab CEO Doug Baker said in news release.

Joe Barsky, retired head of equity mutual funds at Ameriprise Financial, said Gates, who has similarly invested in a couple of other large, public companies, is starting to resemble the approach of his friend Warren Buffett, who for 40 years has taken large, friendly positions in public companies through his Berkshire Hathaway Corp.

"This is kind of what Gates' buddy Buffett does," Barsky said. "They play bridge together, they do philanthropy together, and now they invest alike. You take a few big positions in companies that you really like.

"And certainly, Gates would be in position, if his holdings get to 25 percent, to block anybody who would ever want to take over Ecolab."

Ecolab has amended its stockholder rights plan so Gates' interests can acquire up to 25 percent of its shares. Under that agreement, if Cascade and the Gates Foundation own 15 percent or more of Ecolab's stock, they have agreed not to seek control or encourage others to seek control of Ecolab.

In February, Michael Larson of Cascade was named to Ecolab's board. If Gates' holdings exceed 15 percent of Ecolab, Gates' representative on the board will support the board's nominees for directors, according to the new agreement.

Ecolab also is in favor with environmentally oriented investors because of its commitment to reduce energy, water usage and waste as it grows.

Ecolab is known for its sanitizing and pest elimination products for hospitals, hotels, restaurants, schools and laundry services. With the Nalco acquisition, Ecolab has become a global force in industrial water services and entered new markets such as paper making, oil exploration and refining.