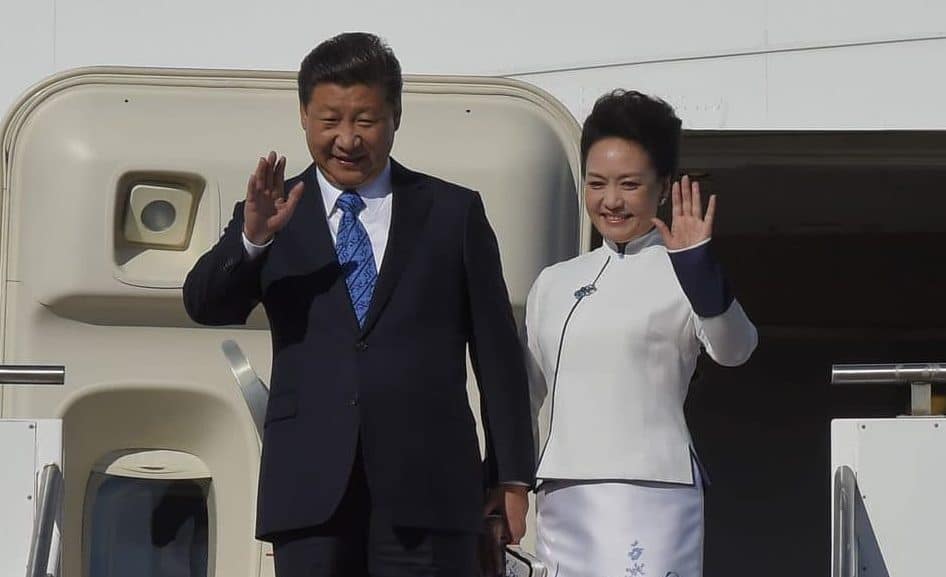 20 May, 2020
Two WHO ‘Goodwill Ambassadors’ are China’s first lady and a Chinese propagandist

The United Nations’ World Health Organization (WHO) is facing a growing backlash over its ties with China. One questionable example of WHO-China ties is the organization’s continued appointments of Chinese Communist Party Chairman Xi Jinping’s wife, and a broadcaster for Chinese state-controlled media, as “Goodwill Ambassadors” on key issues.

Peng Liyuan, the wife of Xi and the woman described as the “First Lady of China,” has been serving as a WHO Goodwill Ambassador on the issue of tuberculosis and HIV/AIDS since 2011, according to a WHO webpage listing its current ambassadors.

WHO Director-General Dr. Margaret Chan, of the People’s Republic of China, was the first to award the ambassadorship to Peng, according to Peng’s WHO biography. Peng’s biography lists her as a singer and health activist but includes no mention of her husband, Xi.

Ambassadors are appointed in two-year increments, indicating Peng’s position would have been renewed four times, including in 2019 under the leadership of Chan’s successor, the current WHO Director-General Dr. Tedros Adhanom Ghebreyesus. The 2017 renewal of Peng’s ambassadorship was reported on the UNAIDS website.

Peng has come under criticism in the past after photos resurfaced of her, in a Chinese military uniform, singing for Chinese troops at Tiananmen Square in 1989, after the troops violently dispersed protestors in an event commonly known as the Tiananmen Square Massacre. A translated archived article from the Hong Kong publication Apple Daily, included a copy of the photo in 2013 but noted it had been removed from Chinese social media platforms.

Peng is not the only ambassador with close ties to China. London-born, Beijing-based Chinese broadcaster James Chau also serves in an ambassador position for the WHO on the topic of sustainable development goals and health.  Chau is a broadcaster for China Central Television (CCTV), a Chinese state media outlet. Chau’s WHO biography notes he has served in the position since 2016, noting he was also appointed by Chan. His continued ambassadorship suggests his position has been renewed at least once under Ghebreyesus directorship.

In a Tuesday opinion article for Newsweek, UN Watch Executive Director Hillel C. Neuer called on the WHO to drop its “pro-Beijing” ambassadorships.

Neuer focused his opinion article on Chau’s ambassadorship, noting various concerns about his involvement in the WHO, including his work as the anchor who broadcasted the Chinese government’s forced confession of captured British national. Peter Humphrey, the captured British private investigator was drugged and chained to a chair and made to read a statement confessing to stealing Chinese citizens data. The controversial incident was reported by the New York Times in 2019, and the publication noted Chau’s ambassadorship.

Neuer also noted several instances of Chau’s efforts to defend the Beijing government during the coronavirus pandemic, including a Feb. 6 opinion article written by Chau for The Hindu, in which Chau defended China and said the coronavirus is a “time for solidarity, not stigma.”

“It is not a vote of no confidence in China’s capacity to control the spread, but an acknowledgement that countries with weaker health systems may be ill-prepared for this outbreak, says WHO Director-General Tedros Adhanom Ghebreyesus,” Chau wrote in his opinion article, touting Ghebreyesus continued endorsement for China at that point during the outbreak.

Chau also raised concern outlets were using the 2003 SARS outbreak as a point of comparison, “but convenient side-by-side comparisons are not always accurate, nor are they safe.”

“It shouldn’t be surprising that Chau, armed with his U.N. badge of legitimacy, has been mobilized from the start of the pandemic to spin for Beijing on Twitter, Weibo, YouTube and the broader web,” Neuer wrote. “Abusing his WHO title to whitewash China’s record and legitimize the regime and its officials.

While Neuer’s opinion article does not mention Peng, he did note her controversial ambassadorship in a Tuesday tweet.

“This sounds like a joke. It’s not. Meet the W.H.O.’s Goodwill Ambassadors:

Among criticisms of its favorable treatment towards China, the WHO has continued to deny Taiwan access to the organization and a voice when discussing world health issues.

WHO’s close relations with the Chinese Communist Party have drawn scrutiny during the coronavirus pandemic, of which the first reported cases appeared in the Chinese city of Wuhan. President Donald Trump recently criticized the WHO for delaying information out of China about the severity of the virus, including downplaying reports of asymptomatic spread beyond March 3, as cases were deadly cases had emerged in many other countries. Trump threatened to permanently end U.S. funding to the WHO if it did not cut ties with China.